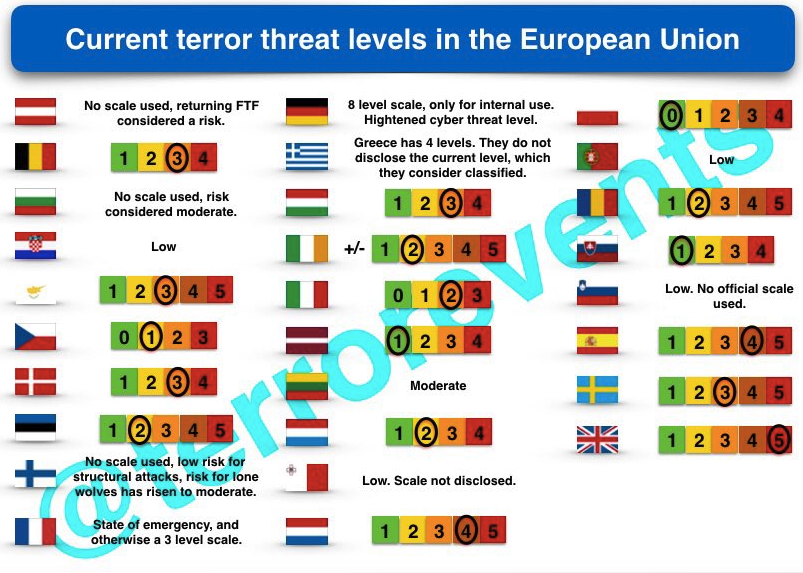 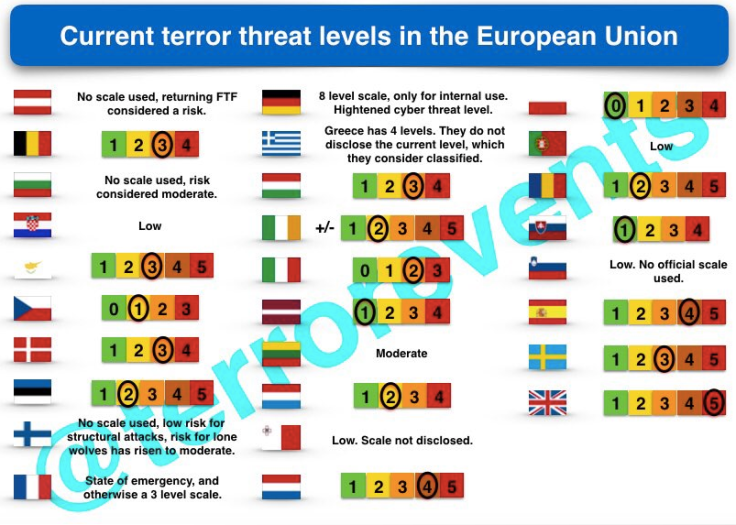 ** #UK #Manchester – “Man with the hat”, #Abrini (#BrusselsAttacks), was in #Manchester in July 2015 @ Old Trafford
** Thanks to an investigation of his phone records, 5 terror suspects were arrested in the U.K. in the spring of 2016.
** Correction on earlier tweet: operation is called “Operation Temperer”. Has been approved and launched. Military to be deployed.
** Suicide bomber Salman Obedi’s father, Ramadan Belkacem Obeid (aka Abu Ismail) moved to the UK from Libya in 1992.
** Ramadan traveled back to Libya in 1994, to join the Libyan Islamic Fighting Group, an al-Qaeda supported terrorist outfit.
** Salman Obedi himself traveled to Libya 3 weeks ago and came back only a few days ago
** A few members of the Libyan Islamic Fighting Group lived near to Obedi in Whalley Range.
** Police release a timeline of events on the evening of the fatal Manchester arena attack
** Manchester bomber Salman Abedi ‘probably travelled to Syria’
** Police have arrested 3 more people in connection to the Manchester Arena bombing.
** UK and US intelligence rift over ‘irritating’ Manchester suicide attack leaks by US intelligence
** Armed raid, massive police, army and fire brigade presence @ building in Granby Row (Pics @louisebolotin)
** Entire building evacuated. Allegedly something in flat 39.
** Latest police statement on the suicide attack @ Manchester Arena.
** Brother of #Manchester suicide bomber arrested on suspicion of having links to #IS.
** Police in frantic hunt for bomb maker, mastermind
** #Manchester suicide bomber’s father Ramadan #Abedi has now been arrested in Libya too –
** Libyan security forces say brother of bomber Salman Abedi was aware of his plans.
** Brother of #Manchester attacker arrested in Libya was planning ‘terrorist act’ in Tripoli: counter-terrorism police.
** Manchester suicide bomber Salman Abedi linked to key UK #IS recruiter
** Block of flats in Blackley has been surrounded by police. Residents are not being allowed to leave
** Bomb Squad on scene and 1 or 2 people taken away.
** Pro-#IS Telegram channels are spreading this poster, saying to wait for what is worse, with hashtag Manchesterarena.

#Philippines #Marawi – Several people taken hostage (continuation of May 23)
** Current situation, with the #IS flag planted in the middle of the city.
** #IS supporters around the world are worried they are not getting updated through #AmaqAgency. This jihadi “helps” out
** President #Duterte says he might declare martial law throughout the country if terrorism reaches Luzon.
** New footage shows #IS-linked fighters in the streets of central Marawi City.
** #IS claims it captured police HQ, weapons and vehicles – https://t.co/Vjbfnz8RpL
** Situation this afternoon as seen in pictures released by #IS.